The End of Knowledge / Ben Sisk

If philosophy is like a jungle, overcrowded with competing species, forming difficult and long winding paths, and with no guarantee that it will yield us any fruit, we may find ourselves asking, „Is it even worth the trouble?” Our time is precious and our lives short. In the case of the jungle, even when there is no end in sight, we at least know for sure that if we were to walk straight in any direction, we are eventually bound to emerge from the other side; but with philosophy, no such assurance exists, for the questions could very well go on and on ad infinitum, leaving us with the agnosticism of „turtles all the way down”. Why would anyone but a masochist venture into that labyrinth, which appears to be all dead ends and no treasure?

But there forever remains that possibility of hope, for the question of whether or not Absolute Truth exists is one that can never be written off entirely, even after the most serious consideration, because to deny outright the existence of Absolute Truth would itself be an absolute statement, and thereby a self-negating one. No one in their right mind would claim to know that in fact nothing can be known about the nature of existence. The contradiction is obvious. And yet it is this exact cynicism which has made the disdain for philosophy so commonplace, where we see seekers of truth discouraged at every turn by those agnostics, who, after exploring only a very small area, leave the jungle to tell everyone that there is nothing to be found.

The fact that most attempts to uncover the highest reality have thus far in the end produced no answers is due mainly to the fact that they all began their search with the infamous assumption, namely that the world of objects has an existence outside of our consciousness. It is this one assumption which sends every thinker on a wild goose chase. No one has ever – nor can they ever – find an object that lies outside of their consciousness. While such a world with its own independent existence seems at first unquestionable, if we were to truly examine the evidence with an objective eye, we will come to admit that its existence was always merely assumed.

This is by no means a clever play of thought. The Consciousness-Only model is corroborated by the fact that the world, as it appears to us through sense perception, is completely conditioned by our faculty of cognition. In other words, objects do not appear to us as they are, but rather as a perception in our mind only after they have been translated from raw data in accordance with the forms of understanding we hold a priori to our actual experience. It is by this recognition do we come to understand that we do not know a world, but only a perception of a world. Beyond the limit of our own perception lies the inexplicable, for even time and space themselves are forms only attributable to our perceptions, and the way in which we see. What lies beyond time and space is by its very nature unimaginable, and for that reason this „thing-in-itself” has become a point of departure for many post-Kantian philosophers – not to mention a perfect opportunity for speculative nonsense.

Properly understood, the world as we know it is sublated into perception, and drops in ontological status from being real to merely apparently real. Something that is only apparently real, with no ground for us to explore, is no strong foundation for anyone to build a philosophical premise. Any philosopher then who continues to argue for the reality of a world independent from our consciousness is working with the misapprehension that objects exist in correspondence with the way in which they appear to us in our experience. The absurdity would be analogous to believing Mickey Mouse lives inside of the television after it has been turned off.

What we are left with now is, on the one hand, our perceptions, and on the other, consciousness (or, that which is aware of perceptions). This dichotomy has been established in the history of philosophy for thousands of years under the name of „dualism”. This dualism is built upon the idea that, in the dichotomy, there are really two things there, having equal status in reality. But this too rests entirely upon the belief that perceptions have a separate existence from the consciousness which knows them. Where in our experience do we see a division between what we experience, and the consciousness with which experience is known? Is there a real dichotomy if we never find two separate things? We have our evolved abstract thinking to thank for this belief in separation, not to mention the years of our childhood being told that this toy is over here, and that toy is over there. It is a thought which imagines objects to be separate from our perceptions, and a thought which imagines perceptions to be separate from consciousness. In reality, all of those things appear right here, in consciousness, so close that they are in fact nondual.

We can more easily grok this idea if we think of a dream, and compare the conceptual relationship between perception and consciousness to that of the contents of a dream and the consciousness in which this dream appears. The fantastic worlds and crazy characters that are dreamed of never have any separate reality of their own outside of the mind of the dreamer. Everything in the dream is of course made of the dreamer’s consciousness. In this way we know the content of consciousness and consciousness itself to be nondual, because the dichotomy is only ever conceptual, and never real. Perceptions, like dreams, are sublated into consciousness, and known to be merely apparently real, never absolutely real. Their reality belongs to their substance, just as the reality of a statue is owed to stone.

Consciousness, therefore, is the very first fact of our experience. Everything else is seen to be a superimposition upon consciousness, borrowing their reality from it. It follows then that it is not with objects, but consciousness – our very self! – which must be the starting point of our search for Absolute Truth; and since consciousness never appears in the form of an object, but rather is always the knower of those forms, we must go about investigating it in a very different way than we have previously with objects.

Logic is still our friend here, and we can juxtapose any object with the consciousness which knows it. We have seen that objects ultimately have their seat in consciousness, just as Mickey Mouse has his seat in the television screen. Form belongs only to the appearances, while the space in which they appear is itself formless. Consciousness is the formless substance which pervades each and every one of our experiences; and, being formless, it is not subject to the governance of time nor space, for they have nothing to do with something which has no objective qualities.

If something is not affected by time due to its formlessness, can it undergo any change whatsoever? In order for something to be able to undergo change, it must have some quality that is capable of alteration. Pure consciousness has no such quality. It remains the same everyday throughout every experience, even when we are knocked unconscious, as that would be a change in the state of our experience, and not a change in the knowing of the blacked-out state.

Being completely unchanging, and always ever-present, we can know consciousness to be absolutely beyond appearance and disappearance. The extraordinary implication of this deduction is that our very own consciousness is, and has always been, eternal.

I say „our” consciousness, because it is indeed shared with every person and every creature that has ever lived. There can only be one of something that does not enter the forms of time and space, as it is only under their rule that things are divided into a multiplicity and diversity. We all find ourselves to be this consciousness. It is only our individual minds, bodies, and experiences which are separate and different. What we truly are, as we have discovered through these ancient methods of discrimination, is the nondual, eternal, infinite Consciousness, forever untouched by the world we find in our Self.

This undeniable truth is the end of knowledge, as no thing goes deeper – nor is more marvelous – than the ever-blissful Self. Although relative truth goes on and on, and is always revealing new secrets of the depth of our phenomenal world, this method of discrimination known as Vedānta successfully removes our ignorance of the Absolute Truth that the Self is the unborn reality of the world, and at the same time is always inherently free from it.

The most wonderful expression of this truth that I’ve found is the treasured Bhāgāvād Gīta:

„The stage of perfection is called trance, or samadhi, when one’s mind is completely restrained from material mental activities by practice of yoga. This is characterized by one’s ability to see the Self by the pure mind and to relish and rejoice in the Self. In that joyous state, one is situated in boundless transcendental happiness and enjoys himself through transcendental senses. Established thus, one never departs from the truth, and upon gaining this he thinks there is no greater gain. Being situated in such a position, one is never shaken, even in the midst of greatest difficulty. This indeed is actual freedom from all miseries arising from material contact. One should engage oneself in the practice of yoga with undeviating determination and faith. One should abandon, without exception, all material desires born of false ego and thus control all the senses on all sides by the mind. Gradually, step by step, with full conviction, one should become situated in trance by means of intelligence, and thus the mind should be fixed on the Self alone and should think of nothing else. From whatever and wherever the mind wanders due to its flickering and unsteady nature, one must certainly withdraw it and bring it back under the control of the Self. The yogi whose mind is fixed on Me verily attains the highest happiness. By virtue of his identity with Brāhman, he is liberated; his mind is peaceful, his passions are quieted, and he is freed from sin. Steady in the Self, being freed from all material contamination, the yogi achieves the highest perfectional stage of happiness in touch with the Supreme Consciousness. A true yogi observes Me in all beings, and also sees every being in Me. Indeed, the self-realized man sees Me everywhere. For one who sees Me everywhere and sees everything in Me, I am never lost, nor is he ever lost to Me. The yogi who knows that I and the Supersoul within all creatures are one worships Me and remains always in Me in all circumstances. He is a perfect yogi who, by comparison to his own self, sees the true equality of all beings, both in their happiness and distress, O Arjuna! [1]”

„I study the works of the Western philosophers Plato, Immanuel Kant, and Arthur Schopenhauer. It was Schopenhauer who first piqued my interest with his investigations into Kant’s «thing-in-itself». I read his book The World as Will and Representation over and over in an effort to understand. But it wasn’t until my discovery of the Vedanta teacher Rupert Spira which helped me resolve all of my questions. Rupert offers the most clear and irrefutable arguments on the nature of consciousness. Over the years I have assimilated all of his teachings out of love for the Self and Vedanta. It is now my passion to study the works of the Upanishads as well as the great philosopher Adi Shankara. Argo is the first magazine I’m writing for, and I am very happy to have the opportunity”. 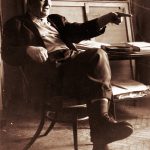 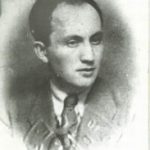